Our software and systems are being upgraded with additional features. Please click "contact" or simply call our toll free number for expedited assistance.

Corporate hijackings, also known as corporate identity theft, of public shell companies, has been around for more than two decades. For years these hijackings have been used by fraudsters to acquire control of publicly traded shell companies for reverse merger transactions involving private companies seeking to go public.

Cases by the Justice Department and SEC against hijackers have unraveled a myriad of hijacking schemes varying in sophistication including some that were under the watchful eye of law enforcement.

Unfortunately, corrupt securities lawyers often manufacture and peddle entities to legitimate small businesses seeking to list on the OTC Markets. These transactions leave many small businesses financially devastated. The bottom line is hijacked shells are designed for pump and dumps and scammers are able to remain under the government’s radar. Some of the most notable pump and dump schemes of the last five years were possible because of corporate hijackings. The failure to properly investigate corporate hijackings in the penny stock markets is arguably the SEC’s greatest enforcement failure of the last decade.


The Corporate Victim in Hijackings

It is relatively easy to locate information about a public company using Edgar, OTC Markets filings, Secretary of State websites and corporate filings, company websites, and business and other directories. Using these sources to locate public shell companies for reverse merger transactions, fraudsters are able to determine a public company’s corporate status including whether it is active or inactive, its ticker symbol, present and former officers and directors as well as its last known contact information. With this information, fraudsters obtain new CUSIP numbers and enact name changes to hide their actions. Purchasers of these hijacked vehicles fail to recognize that they are at risk for an SEC enforcement proceeding or trading suspension regardless of whether they directly participated in the corporate hijacking.

Using publicly available information hijackers can determine if an entity’s corporate status has lapsed and when a company becomes delinquent in its SEC, OTC Markets and Secretary of State corporate filings, making it an easy target for a corporate hijacking. Using easily obtained public information, fraudsters have literally hijacked hundreds of companies and/or their stock symbols and sold these companies to private companies seeking to go public.

Why Corporate Hijacking is a Crime

In the state of Florida, some hijackers file verified pleadings under Florida Statute 607.1430 and 607.1434, falsely stating that the Public Shell’s directors are deadlocked and its shareholders are unable to break the deadlock. In reality, there is no deadlock. We have reviewed numerous hijacking cases brought under Florida law where corporate hijackers have falsely represented the board of directors was deadlocked when in reality the corporation had only one director, Often by the time these hijackers are caught by management, they have undergone various acts which cause irreparable harm to the corporation including massive dilution to the legitimate shareholders. 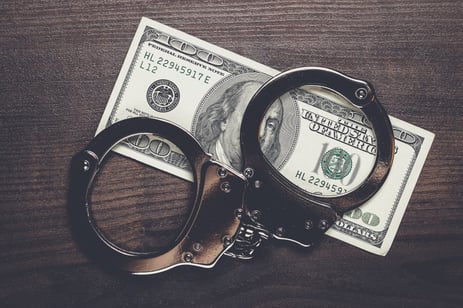 Regaining Control of the Hijacked Corporation

For the legitimate shareholders and management, it is timely and costly to regain control of a hijacked entity. The hijacked entities are often used in pump and dump schemes by the hijackers causing the private company purchasers to become embroiled in SEC investigations and the public entity to be the subject of SEC trading suspensions and its securities subject to DTC Chills and/or global locks.

To the extent that a private company is willing to expend the time and resources to become public it should do so the proper by way by filing a registration statement with the SEC and conducting an underwritten or direct public offering and avoid the growing risks and new requirements involving reverse merger issuers including corporate hijackings.

To see my blog and more info check out my Securities Lawyer 101 blog.

Company Alarm is dedicated to helping business owners protect what they have worked so hard to build. Our monitoring software is designed to prevent cybercriminals from exploiting loopholes to hijack your company and assets. To sign up for this low-cost, value-added protection, click here.

For more than eight years Brenda Hamilton, the founder of Hamilton & Associates Law Group, P.A., has assisted the shareholders and management regain control of their publicly traded companies, rescind unauthorized transactions and report illegal corporate hijackings, securities issuances and/or transfers to the Federal Bureau of Investigation, Securities and Exchange Commission and Financial Industry Regulatory Authority. This memorandum is provided as a general informational service to clients and friends of Hamilton & Associates Law Group and should not be construed as, and does not constitute legal advice on any specific matter, nor does this message create an attorney-client relationship. Please note that the prior results discussed herein do not guarantee similar outcomes.

We help you as a business owner protect your company and preserve your American dream by monitoring your business data and alerting you of any changes in real time, so you can focus on growing your business instead of worrying about losing your assets or reputation, or worse.